Single Fin Surf Travel was founded in 2014 by Dutch Longboarder Nienke Duinmeijer. Nienke started surfing at the age of 12 as a volunteer of a life-guarding community at her hometown Schoorl in The Netherlands. Since that day, she has been hooked and started to build her life around surfing. Very soon she traded the cold North Sea for countries as Costa Rica, Indonesia & New Zealand and she was getting in love with ‘the art of longboarding’. After travelling for a long time, she became Dutch Champion in 2013. Once tasted success, she aimed higher and started focusing on international competitions. With success, she won several international longboard titles and invitationals like Salinas Longboard Festival and Single & Unattached. In 2019 she was part of the Dutch longboardteam that was participating in the ISA World Longboard Championships in Biarritz. She became equal 10th on the world ranking list. In that same year, she reached a second place during the European Championships. Although competitions have always been a drive for her to get the best out of her surfing, she is surfing best when there is no pressure and she is just playing around.

In 2011 Nienke graduated from the NHTV (University of Applied Sciences) in Breda for her education ‘Tour management’. After that, she started organizing & guiding surftrips for ‘De Jongens uit Schoorl‘ During her studies, she followed the ISA surfcoach level 1 & lifeguard SLSGB course to be able to work as a surfcoach later on in the Netherlands, France, Spain, Australia & Panama.

By combining her knowledge and experience in tourism, surf coaching and longboarding, she started Single Fin Surf Travel in 2014. 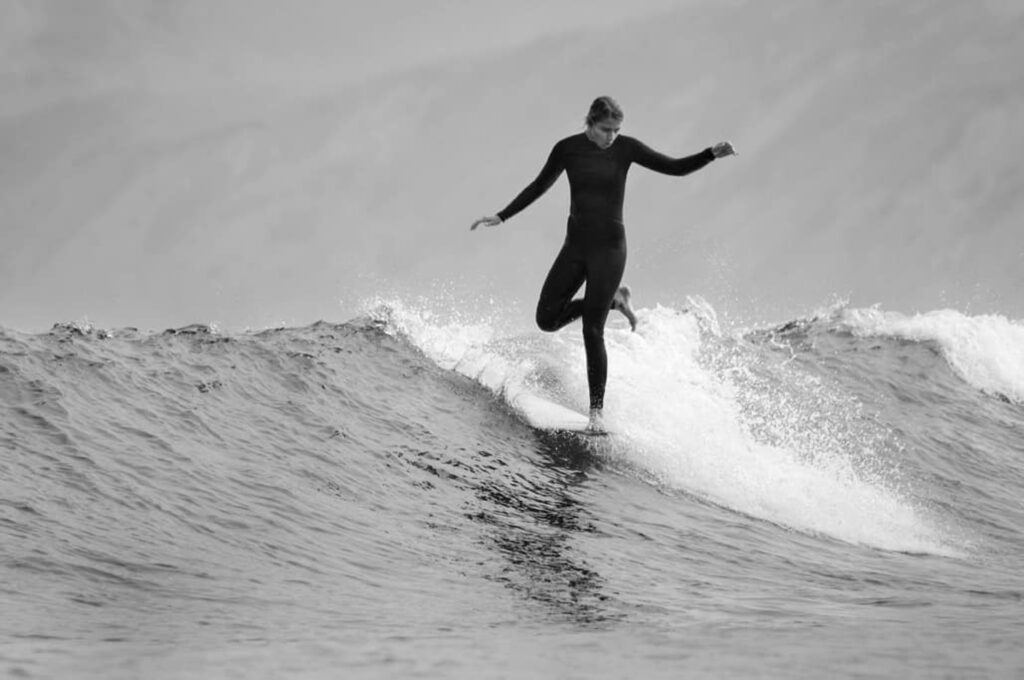 The first trips were held in San Vicente de la Barquera, the place where Nienke fell in love with right away. Local and Single Fin Longboard Coach Rubén Fuente helped her a lot from the start and is still very much involved. Nienke also added locations such as Sri Lanka, Peru and Andalucia in the South of Spain. In the beginning of 2020, Single Fin started an online coaching academy by organizing weekly webinars about longboarding. Slowly but steady, Single Fin started to grow bigger during the years as the word was spreading around.

Since 2019 Harko Robroch started to help Nienke behind the scenes with strategic choices and communication. In the beginning of 2021 the company made the transition from being a small Dutch company to a Spanish company. Harko Robroch became part of the company and helped realizing a big dream for Single Fin; A beautiful house in San Vicente de la Barquera, the place where it all started. Harko has many years of experience as an entrepreneur en is excellent in empowering people and teams to do great things. Harko will continue to help Nienke behind the scenes and in the meantime travel around with his family in a 4×4 camper van.

Casa Ohana will not only host the Single Fin trips from now on, but it will also be a meeting place for our community that we have been building from the start. At Casa Ohana people can book either a coaching week, a co-working package or just a few nights with optional extras like longboard rental and private longboard lessons.

We hope to welcome you soon at our brand new Casa Ohana!